The sister company Lochleven Shellfish has been exporting live shellfish to Europe and the Far East for many years. Occasionally people would come in and ask if they could buy a lobster, crab, some mussels or scallops and gradually this developed into the shop which has become busier over the years and known as the place to buy the best, fresh local shellfish. Sometimes someone would ask for a crab or lobster to be cooked for them and in the summer a couple of picnic tables were put outside and a few dishes cooked to order. There were many compliments about the pan fried scallops and the chilli prawns eaten in the sunshine overlooking the loch. Thus the idea of a restaurant was born and in May 2006 Lochleven Seafood Café opened. 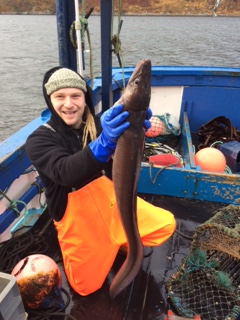 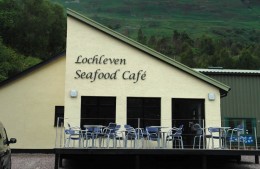 The building was deliberately added to the existing dispatch centre to ensure that it was seen as part of the whole cycle from fishing to table.

Shellfish is caught daily, some by our own boats and brought to the dispatch centre where it is stored live in seawater tanks to maintain the best possible quality. 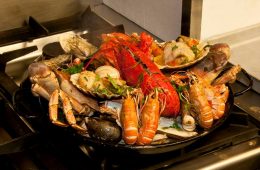